“Nobody wants to go to jail, but I’d rather go to jail over an issue that I believe in like my right to exist, somewhere.” -Paul Henry Fillman, Former Bulb Resident 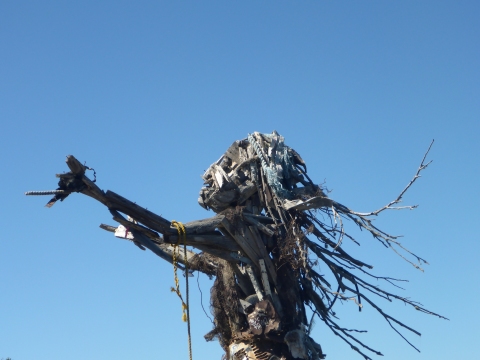 The woman sculpture, located on the shoreline is perhaps one of the most recognizable pieces of art on the Bulb. It can be interpreted in so many different ways and captures the essence of freedom and a sense of belonging that came with living on the Bulb. Photo Source: Karlene Shippelhoute.

The Albany Bulb is a contentious heritage place located near the City of Albany.  It has been claimed by a number of stakeholder communities including artists, homeless residents, dog walkers, families, and the City and State Departments of Parks and Recreation.  The site is contentious and multiple stakeholder groups are in disagreement about how to manage the Bulb in such a way that it is usable and accessible to everyone.  The current park management and interpretive narrative enacted by the City of Albany, the Sierra Club, and other stewards of the site conflicts with the needs of the people who lived at the bulb.  Encouraging discussion and involvement by community members to preserve both the tangible and intangible aspects of this site is an important part of the heritage proposal described in this report.  The charming aspects of post-apocalyptic vegetation growth and refuse which formed the materials used to create homes such as Stephanie’s House, community buildings such as the library,  and artwork such as the colossal woman statue, begs for interpretation and preservation. This Cultural Heritage Status Proposal explains the significance of the site, historical, cultural and community importance, management plan and interpretive potential of the Albany Bulb as a heritage place.

Themes researched over the course of this project include: property and land ownership, issues surrounding the human vs. nature dichotomy, urban parks, landscapes and alternative narratives, homelessness or alternative living situations and mobile vs. sedentary lifestyles, communities, art and cultural appropriation, gentrification, and liability issues.

The Albany Bulb was originally a construction dump.  Trash from the city of Albany was disposed of in the water forming the landmass which now exists.  When the site ceased to be a landfill in 1983, what remained were the narrow neck and bulb jutting out into the San Francisco Bay. Read more…

A dump is a place where waste resides and where unwanted things go die. It is virtually forgotten by the people who deposit materials and is only remembered when an individual must again go to the dump to dispose of additional objects. The question to ask in the context of the Albany Bulb project is when does a dump lose stigma and gain the status of a site representing sociocultural value (Mason)? Read more…

Within the next five years there will be a push to get the community involved. Reaching out to the school system will help get younger generations involved in learning about the significance of the bulb. Read more…

Brenda is completing her undergraduate degree at University of California, Berkeley. She is studying anthropology, with a focus on archaeology. Her hope is to one day carry out archaeological research in Mesoamerica and to attain a Ph.D. However, her priority in life is to be a good mother and to set an example for her son. Outside of academia, Brenda is passionate about music and sings in a jazz band called “Along for the Ride.”

Briana is a Senior at UC Berkeley who is currently majoring in Anthropology. Her area of interest is in Archaeology and Biological Anthropology. She is graduating in the Spring of 2016 and taking a year off before applying to graduate school to continue her education. Her time in this class has been a huge learning experience that she hopes to apply to future projects in and outside of school. 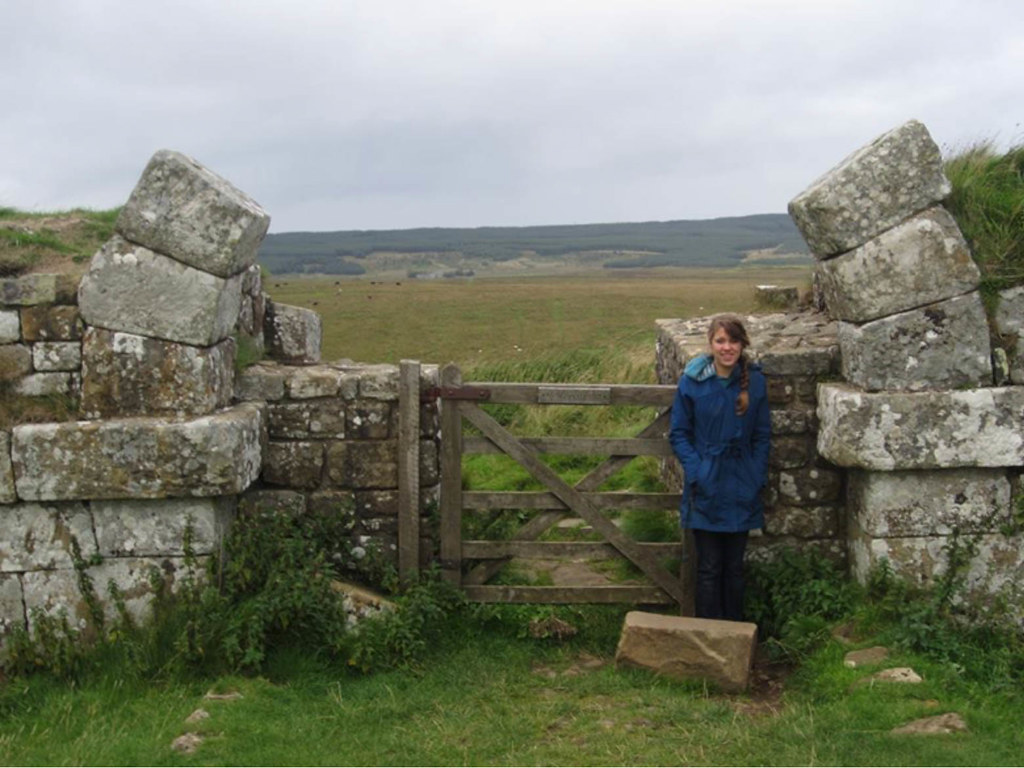 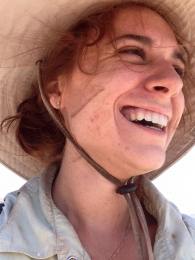 Karlene is a senior double majoring in Anthropology and Near Eastern Studies at the University of California Berkeley. Her area of focus is archaeology of Egypt and the Southern Levant. She hopes that the material in this class will aid in her future work on the preservation of cultural heritage sites in the Middle East. This summer she plans to return to Israel and Jordan to excavate. In the fall she will take a  year off to travel before applying to a PhD Program in Anthropology. In her free time she enjoys hunting, reading, and  keeping score at her brother’s baseball games. Although technologically challenged she still enjoyed being the Media Manager and learning about new media platforms like Lightroom and Flickr! (Yes she did not know what Flickr was!)

Want to know more about the Albany Bulb? Click here for useful links