← Recycling the Past Interpretative Plan
Background →

Albany Bulb History and Background of Keeping the Bulb Wild

The artistic legacy left by former artists and Bulb residents by Karlene Shippelhoute.

The Albany Bulb was originally a construction dump.  Trash from the city of Albany was disposed of in the water forming the landmass which now exists.  When the site ceased to be a landfill in 1983, what remained were the narrow neck and bulb jutting out into the San Francisco Bay.  After the bulb ceased to be used as a dump, homeless people took up residence at the site and built elaborate houses, community buildings, and artwork out of the construction debris.  The area became a park and was used by the surrounding community for outdoor recreation.   Recently, the Albany Bulb transferred ownership and the residents of the Bulb were evicted.  This action sparked a controversy between multiple stakeholder groups who feel connected to the site and wish to regain access.

The Albany Bulb is located to the north-west of Golden Gate Fields and west of the junction of I-80 and I-580 in Albany, California.

This map shows the Albany Bulb and surrounding streets.

During the first habitation of the Bulb, the homeless were encouraged to take residence there instead of being on the streets. The public officials wanted them off the streets and away from society. The people built spaces they could live in with the materials left over from the landfill. The dwellings that were at the site ranged from makeshift tents to elaborate construction projects with more than one story in height. Remnants of the structures remain today that showcase the once vibrant and innovative community that resided there. To learn more about the former residents follow the link to the documentary Bum’ s Paradise.

The city of Albany’s plan was to make the land more appealing for families, hikers, bikers, sightseers, and wildlife preserves.  The people of the bulb were forced once again to move on to the unknown.  The process of removing the residents began in 2013, and the construction is currently underway. The most current eviction of homeless groups came in 2014 when 28 residents were forced to vacate the premises. In return the city granted them $3,000 each to relocate and stay away for a twelve month period. One factor that must be considered as development of the Bulb progresses, is the fact that for over fifteen years the Albany Bulb was the location of a complex community that was unique to the Bay Area.

The landscape is interesting because the intense juxtaposition of human-made materials and native plants and animals.  This mingling of wilderness and urban space calls into question the human-nature separation that is often characteristic of park narratives.  The space is contentious because of the multiple and conflicting narratives which are argued by stakeholder groups.  The city wishes to return the land to its natural state, but this argument derives from a concept of the wilderness which is based on a problematic philosophical divide between humans and nature . 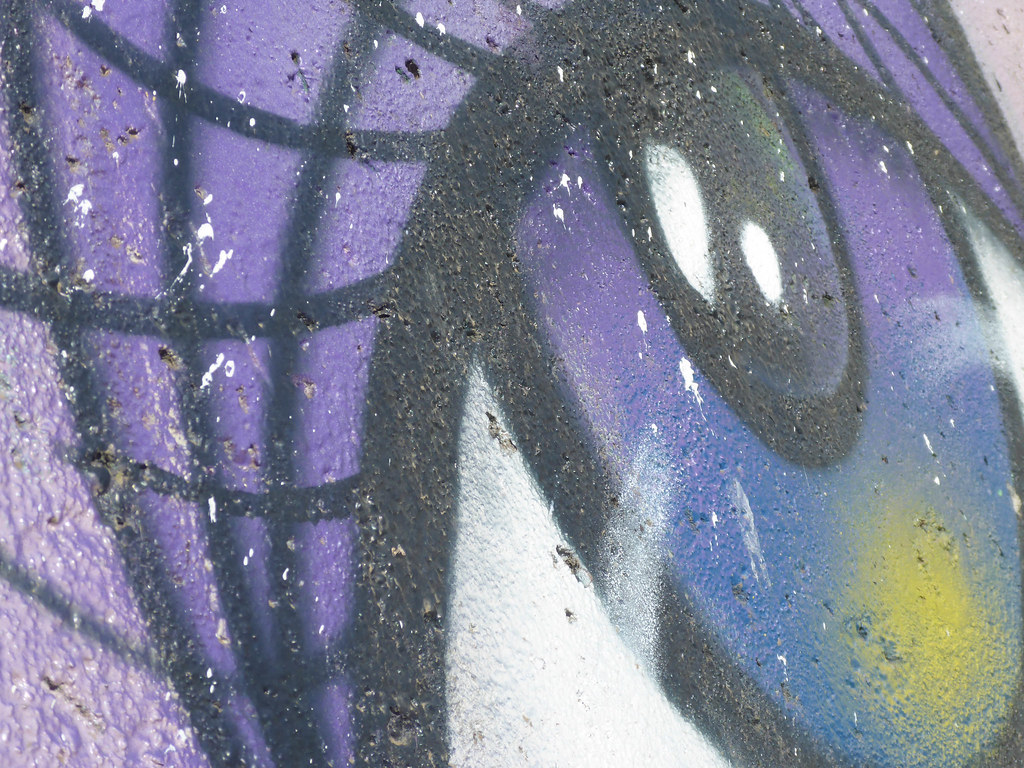 The bulb is used every day at all hours by dog walkers, hikers, and bikers. Perhaps one of the most unique current uses of this place is the use of rubble and debris to make beautiful works of art, and those works of art are the subjects for many professional photographers, who frequent the bulb for its scenery and fusion of urban development and nature.

The Albany Bulb is currently owned by East Bay Regional Parks, but it is being transferred to State Parks.  As this project is being compiled the city continues to develop the Bulb. Right now use of the space is limited as the East Bay Regional Parks continues to redevelop the land to improve public access around the neck of the Bulb. This includes limiting where the public is able to go and will continue until from summer 2015 to the end of winter 2015 . Although patrons can still access parts of the bulb it is hard to imagine how people will continue to use the Bulb until the construction is complete

An ominous reminder of the impending city construction.

Measures are being taken to protect the sculptures and artwork at the Bulb, as well as preserve some sense of community by recording stories of Albany Bulb residents.  Wildlife and native plants are protected by creating habitat and ecologically friendly spaces.  Mitigating hazardous waste at the site will improve the space for everyone.

The numerous stakeholders and stewards and complex history of this site pose both ethical debates and questions as to how the Bulb should continue to be preserved and who should have the agency to decide who is and is not allowed to use the Bulb.

The remaining waste can be viewed through two lenses; the city and the East Bay State Parks claims that the site has adapted in recent years to serve as a recreational area for individuals and the current state promotes health and safety issues. In addition, they see the area as an eyesore because of its recent history as a “homeless” encampment. 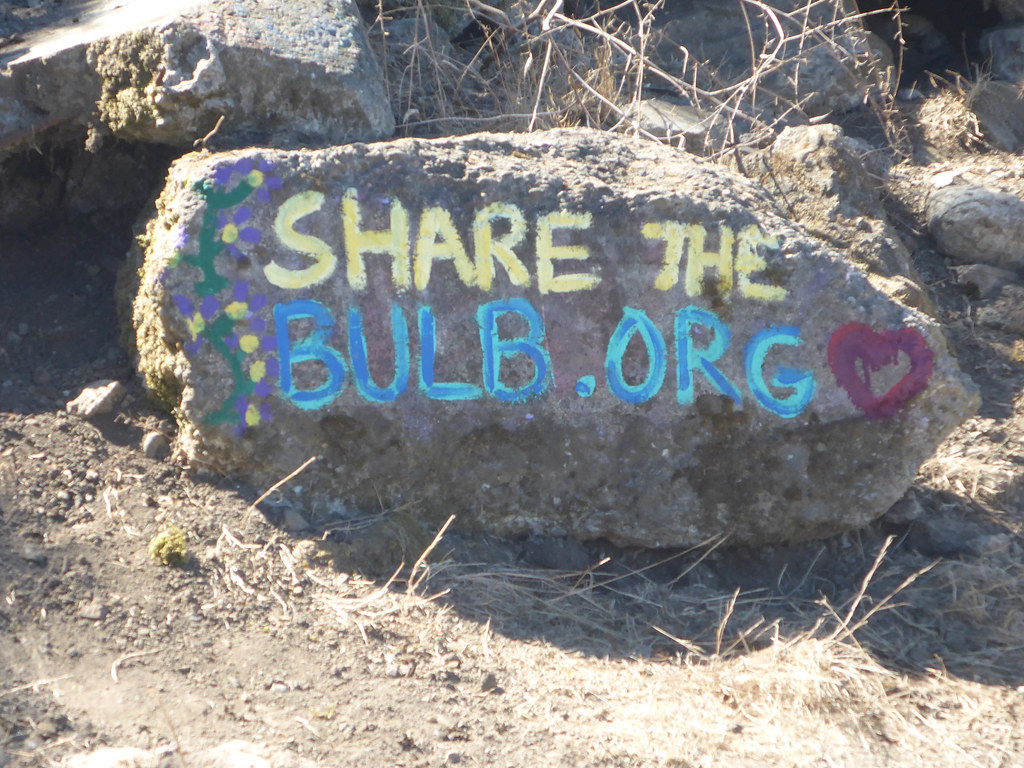 Share the Bulb Rock at the site by Karlene Shippelhoute

The city aims to remove the exposed concrete, rubble, and protruding rebar to “enhance the conservation value and accessibility of the Albany Bulb”. The alternate viewpoint shared by many Bulb goers is that of the landscape should be left to decay “naturally” because an accessibility and enhancement project will change the way the culture of the space is interpreted. Despite these differing viewpoints, it is crucial to look at the implications and associated environmental impacts of each plan of action. In addition local homeless residents came to the Bulb as a place to seek refuge and create their own community.

Posted on December 9, 2015, in Albany-Bulb, Anthro136kF2015, Uncategorized. Bookmark the permalink. Leave a comment.

← Recycling the Past Interpretative Plan
Background →