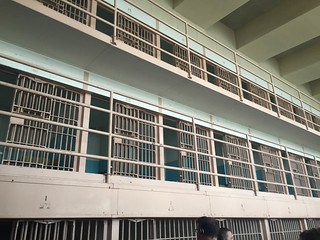 In order to remain a popular and relevant cultural heritage site, it is important that the National Park Service expands its current tour operations and appeal to a wider audience of potential visitors. This would also encourage those who have already visited the island to return in the future. The proposals included in this project, accessible in the Interpretive Plans section, will help the National Park Service to reach out to San Francisco Bay Area residents, repeat visitors, children, Native Americans, and Internet “visitors”. By reaching out to various audiences, the National Park Service can ensure that each different group will have the opportunity to learn about Alcatraz Island as a unique, multi-faceted cultural heritage site.

Our interpretive plans’ inclusions of new digital technologies, such as the integration of virtual reality technology, will appeal to the San Francisco Bay Area’s significant population of young people involved in the production of technology. The National Park Service could use the introduction of these new, high-technology plans as a way of reaching out to San Francisco Bay Area residents, many of whom would be intrigued by the new digital components of Alcatraz’s tour offerings. Thus, these new interpretive plans would allow the National Park Service to appeal to individuals living in close proximity to Alcatraz, encourage those who have never visited the island to visit, and freshly excite previous visitors. 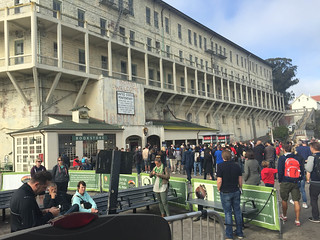 Finally, certain aspects of our proposal could be adapted to allow for Internet visitors to take virtual tours of Alcatraz. While some aspects of the proposed plans, such as the olfactory components featured in the multi-sensory virtual tour booths, could not be adapted for Internet visitors, other aspects of the proposed plans could be suitable for online distribution. For instance, virtual visitors could pay to access the smartphone application and disable their phone’s GPS capabilities in order to take a photo tour of the gardens and wildlife. This would be done without the location specific story map, but with all of the application’s included information. Additionally, the holographic tours of Alcatraz could be filmed and uploaded to an online database, accessible to virtual visitors for a fee to watch the online tour of the storied former penitentiary.