Blue & Gold waving from the Tribune Tower on a sunny day. Photo by Jeremy Spratlen

The Site Management Plan for the Oakland Tribune Tower seeks to highlight the importance of the historically and socially relevant aspects of the building while outlining methods of sustainability to help protect cultural heritage for future generations.

As a landmark of cultural heritage within the City of Oakland, and by extension the Bay Area, our plan features the tower’s physical design as an example of early 20th century human craftsmanship and architectural prowess, leading to its image becoming instantly recognizable in the Oakland city skyline.

The plan further details the intangible nature in which the tower has acted as a repository of knowledge and has been a centralized site of cultural diffusion which has been critical to the needs of the community and also fostering understanding for the community which it serves.

Facade at the entrance of the Oakland Tribune Tower on 13th Street. Photo by Jeremy Spratlen

Construction of the tower was commissioned by Joseph Knowland, then publisher & president of The Oakland Tribune, to create an iconic landmark that would become known as “Oakland’s real seat of political influence: the original Tower of Power”. Read more…

The Tribune Tower has a long history in the community and at the time of its construction was a unique feature in the Oakland landscape. By design, it existed at the very heart of personal, political, and even national influence. Read more…

There are multiple goals we would like to establish in making the Oakland Tribune Tower a heritage site. Many of these goals involve community engagement, while still being genuine to the Tower’s heritage and telling the true history of the site. Read more…

The Oakland Tribune Tower is located in downtown Oakland off of 13th street. The building is in good condition today and looks the same on the outside that it has for many decades. The tower itself was built in 1923… Read more… 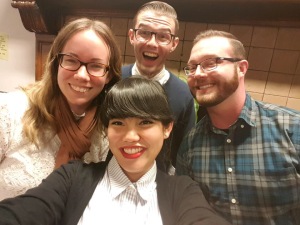