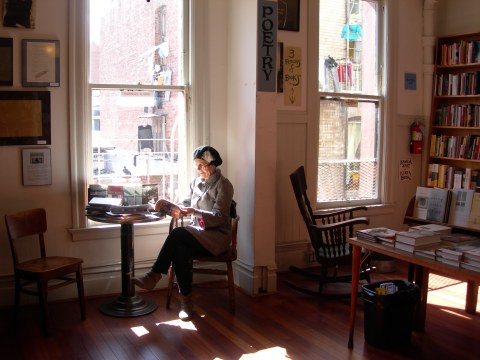 Carolyn Cassady, Brenda Frazer, Joanne Kyger, Diane DiPrima, and Hettie Jones are a few of the historical voices from the margins that chronicled the reality of the women of the Beat movement. Cassady, author of Off the Road, was responsible for the mortgage when husband Neal Cassady lost money betting at the racetrack but this didn’t hold her back from pursuing her own literary agenda (Morgan: 2003).  Frazer, author of Troia: Mexican Memoirs, worked as a prostitute to support her family while husband Ray Bremser focused on avoiding the law and prison.  Kyger, was able to move through many literary circles and break into the literary male circle.  DiPrima uses “rhetoric to her own advantage” by turning “masculine traditions…and using it against itself” (Charters 1992: 359). DiPrima, mother of five children, has had her poem about an early abortion used as propaganda to support the pro-life movement’s cause.  Jones, writes of her transformation from a young Jewish woman to the wife of a radical African-American writer.  Jones supported herself and her husband on a full-time day job only to come home in the evenings to help her husband run an underground magazine and press.

Male writers such as Allen Ginsberg, Jack Kerouac, Jack Spicer and Neal Cassady dominated the Beat movement, while women were defined by the movement’s male circles and continued in their marginal roles as wives, mothers, or lovers (Davidson: 1989).  A movement that stressed independence, free choice, and shucking social conformity ensnared many women in traditional roles teeming with domestic responsibility.  The post-war 1950s embodied certain attitudes towards women that relegated them to traditional female roles but created conflicting expectations as women became a strong presence in the workforce (Davidson: 1989).  The Beat movement may have reinforced 1950s sexist attitudes and misogynistic views towards women but the women of the Beat movement created a foundation for future feminist movements.

The women of the Beat Movement  would continually push back against the confining attitudes towards their gender and redefine their future role.  These fearless leaders unabashedly challenged society’s attitudes towards women by creating a life of their own which embraced their courage, intellect, and sexuality. The freedom they experienced and the progress they made as intellectual equals with their male counterparts would inspire future generations of feminists.   Many of today’s feminists and women writers derive their inspiration from the women of the Beat movement.

Voices continue to migrate from the margins into mainstream culture due in part to bookstores and publishers such as City Lights who ensure people from all backgrounds are given a voice.  Ferlinghetti adds that, “the most interesting writing today comes from Third World writers or women” whose revolution is still underway (Wilner 2007: 34).  City Lights strives for freedom of speech as well as for freedom to express oneself without rigid academic and social constraints.

Posted on May 9, 2011, in City-Lights-Bookstore-San-Francisco. Bookmark the permalink. Leave a comment.