The I-Hotel is first and foremost linked to the Manilatown Heritage Foundation, which manages its legacy. The rise of the I-Hotel is attributes to collaboration amongst various community organizations, which the Manilatown Heritage Foundation continues to do with community organizations, government agencies, and educational instituions through program collaboration in the spirit of its rebuilding. National interest in the site stems from the over 3.5 million Filipino Americans whose resilient history is embodied by the fall and rise of the I-Hotel. International interest stems from the over 7 million Filipino migrants who have relocated throughout the world, yet share a similar experience to the Manongs who occupied the I-Hotel after migrating to the United States. On a grander scale, communities of color can relate to the solidarity embodied in the I-Hotel movement. 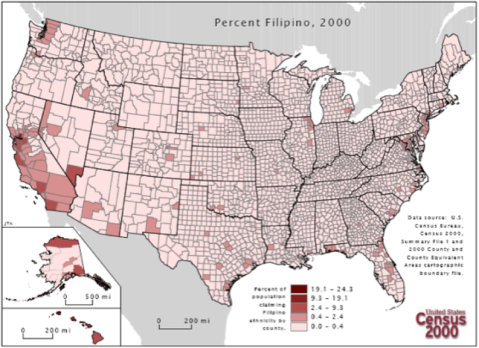 The I-Hotel’s current stewards serve on a volunteer basis and train future stewards through an internship program. However, the site struggles with garnering an investment from the next generation, as many of its current stewards are older. The Foundation relies on data provided by the narratives of the original tenants of the I-Hotel as well as accounts from others that were involved. The foundation invests much of its time and energy into educating its visitors via galleries, tours, and programs. Improvements can be made for visitors to access digital content via the internet. The shift in demographics has caused the I-Hotel to be located in a largely Chinese American community, and thus its programs do not directly serve its surrounding neighbors, raising a contestation between historic location versus current situation. However, it is not to be said that these neighbors are not welcome to these programs.

Hello! My name is Jon Caña. I wish my Wordpress URL could state the same... I was born and raised in the metropolitan sprawl of Cebu City, Philippines- an urban upbringing contrasted by the provincial landscape of the rest of the island. In 2006, my family and I migrated to the United States for a multitude of reasons, joining the 10 million+ Filipino diaspora. Within a span of 7 years, I had relocated 7 different times, from Northern to Southern New Jersey, to the Central Valley of California, to the San Francisco Bay Area, and everywhere in between. Each location and the paths I've come across has shaped me into who I am today: a fourth year Media Studies undergraduate and community organizer at the University of California, Berkeley. In my time here, I've found passions for working with my Filipino community, as well as the power of media in this day and age. My experiences in broadcast production and Filipino community organizations have helped me narrow down on these interests. Most recently, I was blessed with the opportunity to meld these two passions through a Production Assistant internship with ABS-CBN, the Philippines' largest broadcasting company, at their international office serving the global Filipino community, from Canada, to Dubai, and anywhere there may be a Filipino and a TV Signal. My aspirations in life are to continue honing my media craft and working with my Filipino community. One day, I hope to host my own talk show, where I will be able to carry out a philosophy I live by: that everyone has a story to share, and that we all have something to learn from one another. Drop a line: jonluigi.cana@gmail.com
View all posts by Jon Caña »

Posted on December 10, 2015, in Anthro136kF2015, International-Hotel, Uncategorized. Bookmark the permalink. Leave a comment.